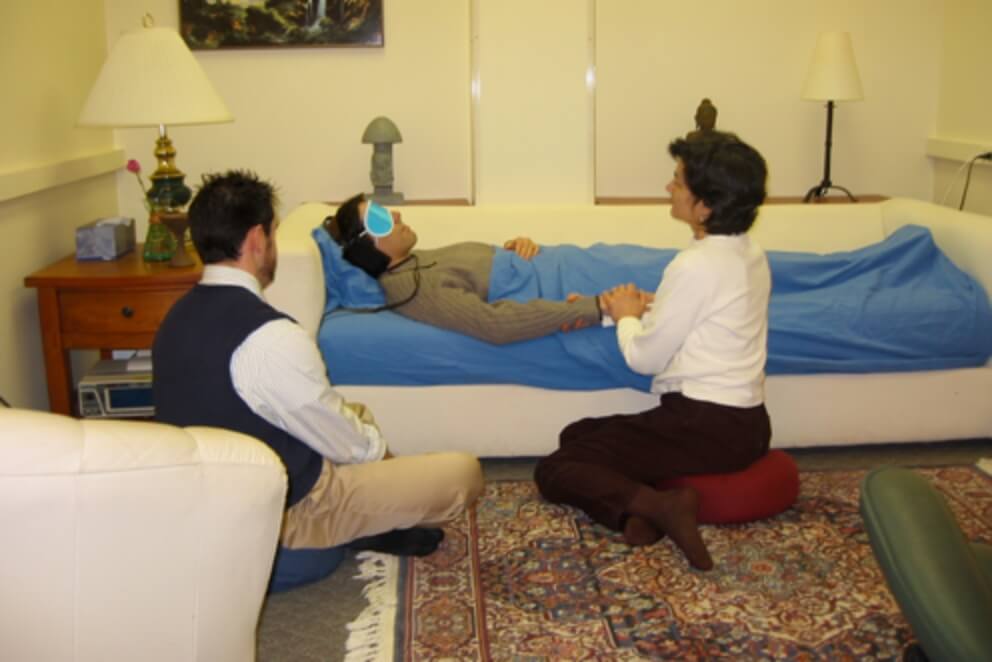 The term “psychedelic” comes from the Greek words psyche “mind” and delos “to make visible” and are often referred to as mind manifesting substances.

(1)  There are literally hundreds of compounds that either exist naturally or have been synthesized that have psychedelic properties.

Some of these compounds and substances have also been called “empathogens” referring to their heart opening and connecting qualities which can produce spiritual experiences. Moreover, there are several substances, while either not hallucinatory, or classic psychedelics are often grouped within the family of psychedelics because of their usage. Several of these medicines, like ayahuasca, psilocybin and mescaline have been used as part of spiritual communities for thousands of years.

(1)  The term psychedelic was coined by psychiatrist Humphry Osmond in 1957.

While not a complete list, these are some of the more popular psychedelic medicines: 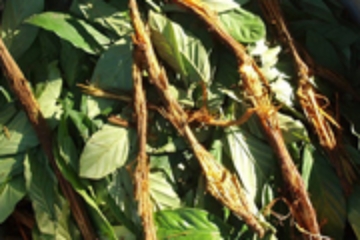 Ayahuasca is a tea that has been used by healers in many countries in South America for millenia. It is a brew that combines a DMT bearing plant (such as Chacruna) with a MAOI inhibitor found in the ayahuasca vine, which allows the DMT to reach the brain without being destroyed by stomach enzymes.  It is often a purgative, and can create strong hallucinatory effects. It is illegal in the US as DMT is a Schedule 1 substance, but certain religious communities have received approval from federal courts under the Religious Freedom Restoration Act. 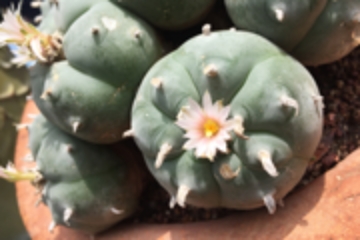 Mescaline is found in several species of cacti Including Peyote and San Pedro. It has been used as a religious sacrament for millenia and is the core sacrament for the Native American Church, which received federal approval to use in 1994. It continues to be illegal outside of these religious contexts as a Schedule 1 substance. Peyote is a slow growing cacti and particular to only a few regions where it grows well, and has come under stress due to the expanded community of people interested in working with this medicine. Indigenous communities have asked others not to harvest or work with peyote but rather to utilize San Pedro which is a more common mescaline-bearing cacti. 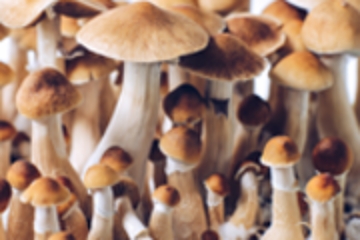 Psilocybin is found in more than a hundred species of mushrooms. It has been used in healing and spiritual ceremonies worldwide for thousands of years. It was made popular in Western cultures when Maria Sabina, a Mazatec curandera, shaman, and poet, introduced Valentina Wasson and her husband R. Gordon Wasson to these mushrooms in 1957. Later, Albert Hoffman synthesized psilocybin in a lab in Switzerland. Psilocybin became a Schedule 1 substance in 1971 and has been illegal in the US since then. In the early 2000’s research was restarted at Johns Hopkins University and other places, with extremely promising results. Most recently, a number of cities have decriminalized psilocybin, with Oregon, in 2021, being the first State to legalize it for therapeutic use. The regulations are still being worked out. 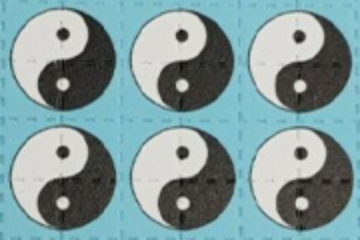 LSD, derived from ergot (a fungus that grows on certain grains) was first synthesized in 1938 by Albert Hoffman. It was not until 1943, when he accidentally ingested a small amount of the substance, that he realized it was psychoactive. During the 1940s through the 1960s it was being researched as a psychiatric drug and was used to treat addiction and other indications. There is also a history of the US government experimenting with it as a mind-control agent in the covert operation MK-ULTRA. When it entered the mainstream through Timothy Leary and others, it was classified as a Schedule 1 drug and made illegal. Research has recommenced in the US although LSD is still illegal and a schedule 1 drug. 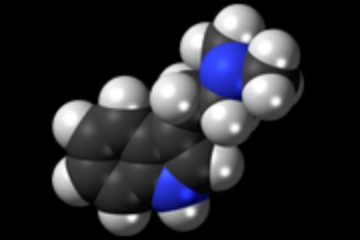 DMT (N,N-dimethyltryptamine) is a naturally occurring substance found in many plants, animals and human beings and has been referred to as the “God molecule” for its it’s ability to create mystical experiences. It is an active component of Ayahuasca as well as other plants. First synthesized in 1931, the US sanctioned research on DMT as a psychiatric medicine in 1990. It is very short acting, relative to many other psychedelics, with effects lasting 20 to 30 minutes. It remains a Schedule 1 drug and is illegal in the United States. 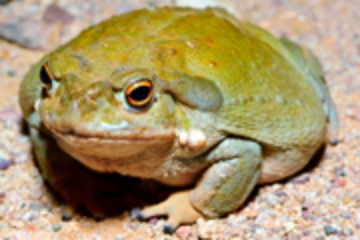 Also known as toad, or toad venom, it is found in the secretion of Bufo Alvarius, a species of toads found in the Sonoran Desert. 5-MeO-DMT, which is short for 5-methoxy-N,N-dimethyltryptamine, was first synthesized in Japan in 1936. Like DMT, it is fast and short acting, and is typically ingested through vaporizing or snorting. It is currently being researched for treatment of depression and anxiety but remains a Schedule 1 substance and is illegal in the United States outside of research trials. 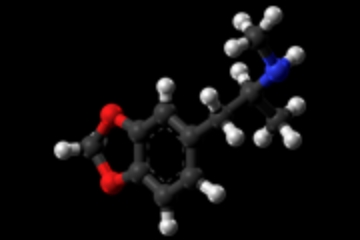 MDMA is a synthetic drug that is not a classic psychedelic but considered more of an empathogen due to its heart opening and pro-social effects. It was first synthesized in 1912 and then reintroduced as a psychiatric substance by the chemist Alexander “Sasha” Shulgin in 1977. It was used extensively in the late 1970s and early 1980s by therapists in working with individual patients and couples. It also became a popular recreational drug known as “Ecstasy” or “Molly,” and in 1985 it was placed on Schedule 1 by the DEA.

In 1986, MAPS (The Multidisciplinary Association of Psychedelic Science) was formed to support research into MDMA’s benefits in treating PTSD which has proven to be very effective. Based on this research MDMA has received breakthrough status with the FDA and is currently finalizing Phase 3 trials and hoping to be legal in 2023 for therapeutic use. 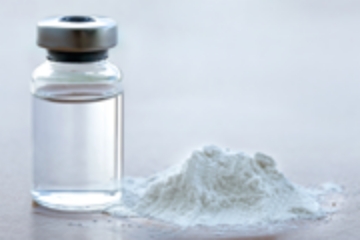 Ketamine, fist synthesized in 1962, is approved by the FDA as an anesthetic and is used extensively in hospitals. It is currently a Schedule 3 drug which allows it to be prescribed off label, and is used for a variety of conditions including depression, anxiety, addiction, OCD and more. It is administered either through IV or a lozenge, and at certain dosages can create a psychedelic-like experience. In the last several years ketamine clinics have been opened across the US.  Unlike some of the other psychedelic or psychedelic-like substances, Ketamine can be addictive. It has also, controversially, been used by some police forces to incapacitate people who are taken into custody 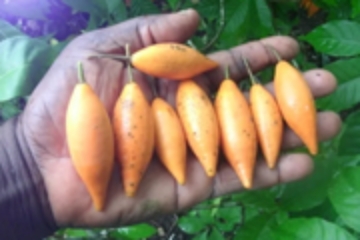 Ibogaine, found in the root bark of the Iboga tree which is native to Central and West Africa, has been used by the Bwiti for centuries as a religious sacrament. Ibogaine was first used to treat addiction in 1962 and since then has been used to treat heroin, cocaine, and opioid withdrawal and addiction. Ibogaine is an intense medicine, and can cause cardiac issues and should be used with caution and appropriate medical care. It is a Schedule 1 drug and illegal in the US, while some clinics operate in Mexico and other areas.